Congratulation to Sandra Coker for receiving the “2012 Heart of a Champion Award” honoring Roger Glosson. Details are here. 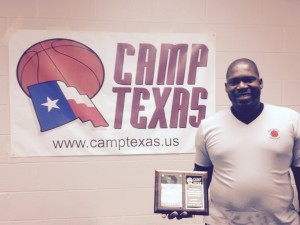 Congratulation to Megan Jackman for receiving the “Heart of a Champion Award” honoring Roger Glosson. Details are here. 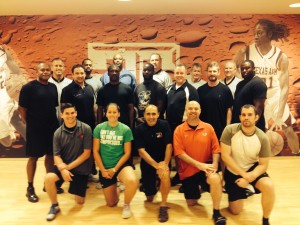 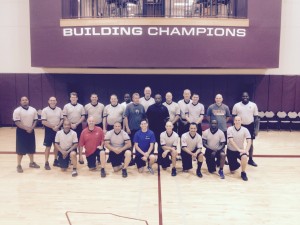 Roger Glosson
Camp Texas originator and his vision for a state wide camp is one of the big reasons this camp exists. He dedicated himself to officiating basketball and the relationships that you develop in the process. Roger communicated with all of his friends on a daily basis about basketball and life in general.Roger officiated basketball for more than 30 years and his relationship with one of his mentors Steve Silverman led to creating Camp Texas. He was relentless in getting the right people together with the same vision to offer high school officials a quality camp experience. Unfortunately, Roger’s passing in July 2010, happened during the beginning of the realization of his dream. realization of his dream.

Steve Silverman (aka ‘Shoes’)
Steve is one of the creators of the type of training that currently exist in the Houston Chapter and has been copied throughout the state of Texas. Steve saw the need to improve the training of high school officials and wanted to share his knowledge. He started with developing the training that is still currently modeled in the Houston Chapter.Shoes’ is a name that is known state wide by the veterans as an individual who care very much about teaching game management.The ‘Shoes Award’ is our camp award for the most improved camper.